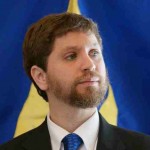 Our lives are filled with wonder, if only we open ourselves to it.  How can we learn to pay attention to the countless gifts of the spirit? Join Rev. Schatz for a service featuring his original thoughts and songs on this topic.

As a respected folk musician, singer, songwriter and multi-instrumentalist Dam combines his deep roots in traditional music with a strong sense of community and social justice. His work as creator and producer of the internationally acclaimed Singing Through the Hard Times – a Tribute to Utah Phillips, which features Dan along with such respected musicians as Pete Seeger, Ani DiFranco and Emmylou Harris, earned him a 2010 GRAMMY nomination in the Best Traditional Folk category. His most recent CD, The Song and the Sigh, combines Dan’s music with a hardcover book of reflections and thoughts.

RSVP for Witness to Wonder to add comments!