Discarded Legacy: Politics and Poetics in the Life of Frances Ellen Watkins Harper 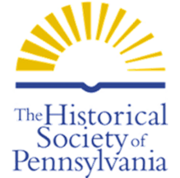 A Panel Discussion with:

Melba Joyce Boyd – Distinguished Professor and Chair of Africana Studies at Wayne State University. She is the author of thirteen books, including Discarded Legacy: Politics and Poetics in the Life of Frances E. W. Harper, 1825-1911, the only book of criticism available on Frances E.W. Harper.

Sonia Sanchez – Author of more than a dozen books of poetry, including Shake Loose My Skin: New and Selected Poems. Sanchez was the first Presidential Fellow at Temple University, where she began teaching in 1977, and held the Laura Carnell Chair in English there until her retirement in 1999. She has taught and lectured around the world and embodies in her life and work the legacy of Frances E.W. Harper.

Melba Joyce Boyd is Distinguished Professor and Chair of Africana Studies at Wayne State University. She is the author of thirteen books, including Wrestling with the Muse: Dudley Randall and the Broadside Press which received the 2005 Black Caucus of the American Library Association Book Honor for Nonfiction, and the editor of Roses and Revolutions: the Collected Writings of Dudley Randall, which received the 2010 Library of Michigan Notable Books Award and was a finalist for a 2010 NAACP Image Award in Literature. Her 1994 book, Discarded Legacy: Politics and Poetics in the Life of Frances E. W. Harper, 1825-1911, was widely reviewed and praised by critics. Eight of her books are collections of poetry, the most recent of which is Death Dance of a Butterfly. She has won a number of awards including a Michigan Council for the Arts Individual Artist Award, and in 2009 she was a Nominee for the Kresge Eminent Artist Award. She is the series coeditor of the African American Life Series at WSU Press, and a contributing editor for The Black Scholar: The Journal of Black Studies and Research. 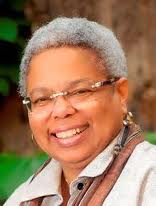 “One of the most interesting things about Frances E.W. Harper is her continued optimism in light of the less than inspiring realities with which she lived. She vowed to sing songs for the people and those songs were less light-hearted than light-giving.” – Frances Smith Sonia Sanchez is a poet, mother, activist, professor, and international lecturer on black culture and literature, women’s liberation, peace and racial justice. She has written over 16 books, including most recently, Morning Haiku. Sanchez was the first Presidential Fellow at Temple University, where she held the Laura Carnell Chair in English. The recipient of numerous awards, Sanchez has been honored by: the National Endowment for the Arts; the Pennsylvania Coalition of 100 Black Women; the National Black Caucus of State Legislators; the Governor’s Award for Excellence in the Humanities; the Peace and Freedom Award; and a Pew Fellowship in the Arts. Sanchez’s exemplary writing skills have earned her the American Book Award and the Langston Hughes Poetry Award. Her book, Does Your House Have Lions?, was a finalist for the National Book Critics Circle Award. Having lectured and read poetry to over 500 universities, colleges and organizations in the United States, Africa, Cuba, England, the Caribbean, Australia, Nicaragua, the People’s Republic of China, Norway and Canada, Sanchez has established a reputation as a highly renowned author and scholar.

“This abolitionist black woman writer weaves the literary and political in her poems, novels, newspaper columns and essays. In doing so her life and writings were one and the same.” – Sonia Sanchez

RSVP for Discarded Legacy: Politics and Poetics in the Life of Frances Ellen Watkins Harper to add comments!