Film Showing: The Pull of Gravity 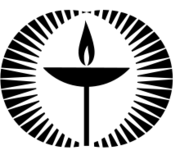 Film Showing:  The Pull of Gravity

Join us for a screening of a documentary about returning citizens filmed in Philadelphia.

Kev, El and Andy are three men united by one struggle: they are trying to defy gravity. As part of the 700,000 prisoners released into society every year, they find themselves faced with a chilling outlook: 67% of ex-offenders re-offend within three years. What explains this invisible force that keeps former inmates in a seemingly unending cycle of incarceration? Filmed on the street over the course of two years, Pull of Gravity is an intimate portrait of these three men that confronts head-on the gritty details of lives cut short by poverty and drugs, where dealing is seen as the only route to economic prosperity, where using offers an escape from powerlessness, and where prison is too often the next stop. The film’s unfiltered lens captures its subjects as they lay bare their stories, fears, and tentative dreams.

RSVP for Film Showing: The Pull of Gravity to add comments!