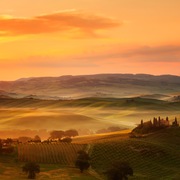 Please join us to celebrate the life of Jane Cox on Saturday, September 8th, 2012 at 1:30 pm in the sanctuary of the First Unitarian Church, 2125 Chestnut Street, Philadelphia, PA 19103.

Jane was raised in a Quaker family who traces its Pennsylvania roots back over 300 years. Her mother, Ruth Pennock Marshall, was a descendant of Christoper Pennock, an Irish native who was imprisoned for his Quaker beliefs in Ireland in 1660. Christopher's son, Joseph Pennock, immigrated to Philadelphia in 1702 after the death of his father in Ireland. Joseph settled near Jane's hometown of West Chester, Pa in 1714 with land granted from William Penn. Joseph served for many years in the Pennsylvania Assembly and was a friend to the local Native Americans who often ate and slept in his home. Jane's great grandparents, Samuel and Deborah Pennock of Kennett Square, Pa used their home for the Underground Railroad and were active with the women's suffragette movement through the Longwood Meeting of Progressive Friends. Through this Quaker Meeting they worked with Lucretia Mott and Frederick Douglass, among other early social justice leaders.

Her father, Lewis Marshall, was a descendant of John Marshall who served as a chief justice of the US Supreme Court for 34 formative years (from 1801 to 1835). John was also a member of the US House of Representatives and served as a Secretary of State under President John Adams.

Jane attended a Quaker school (Westtown) from kindergarten through 12th grade, graduating in 1940. While at Westtown, Jane received a first place art award presented to her by N.C. Wyeth. She then attended Guilford College (a Quaker college in Greensboro, North Carolina) and completed her bachelors degree in Psychology at the University of Pennsylvania. She later completed a Masters of Social Work from Bryn Mawr College.

Jane married the late Donald William Cox at Westtown Friends Meeting on December 16, 1961. Her career included 2 years as a Caseworker with Family Planning of Delaware County, 10 years as a Planning Analyst with the Philadelphia Planning Commission where she worked under Edmund Bacon on projects such as the redevelopment of Penn's Landing and LOVE Park. Through 20 years as a Budget Consultant with the United Way of Southeastern Pennsylvania she oversaw the allocation of funding to numerous social service agencies.

Even through recreational pursuits, Jane lived her beliefs in promoting social justice. Jane sang under Dr. Elaine Brown with Arcenia Rosal and Janet Andereck in the Singing City Choir for many years, including performances with the Philadelphia Orchestra. Singing City was founded in 1948 as an integrated choir, based on the belief that differences between races, religions, and cultures could be bridged by ordinary people coming together in shared activities. This choir toured the south in the 1950's and 60's performing for integrated audiences.

Jane and Don consciously chose to join the University City Swim Club in West Philadelphia because it was integrated, avoiding a predominantly white club that was much closer to their home in center city. She was an active volunteer with the YWCA for many years, as well as the Family Planning Council. As a member of the First Unitarian Church for 48 years, she served as Board President, Personnel Committee Chair, member of the Finance Committee, and various search committees for new ministers.

Jane was passionate about nature and loved to garden at the 30-acre farm, named "Appledeere" that she and Don owned in Bradford County Pa for almost 20 years. Throughout their ownership of the farm it was leased to a neighboring family dairy farmer. Jane and Don cared deeply about supporting small family farms and sold their property to this neighbor in 1995.