Please join us in welcoming Stephanie Cawley, who will begin on August 12, 2013 as our new Communications Director and Religious Education Coordinator, and John B Hedges, who began as our new Interim Music Director on Sunday, July 21, 2013. 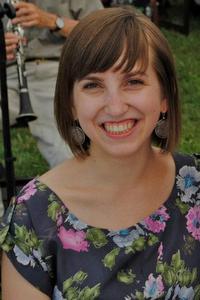 Stephanie Cawley became involved with Unitarian Universalism when she started performing as substitute music leader at the Unitarian Universalist Congregation of the South Jersey Shore about a decade ago. She was born and raised in Cape May County, New Jersey, and earned a B.A. in Literature from Stockton College. Since moving to Philadelphia, she has worked as a tutor for high school students, a freelance writer and editor, and an assistant to the coordinator of a writers' retreat. She also volunteers leading poetry workshops for middle school students at Mighty Writers, and is a poet whose work has been published in online and print literary magazines. She is excited to combine her background in writing and education with her love for working with people of all ages in her roles as Communications Director and Religious Education Coordinator. 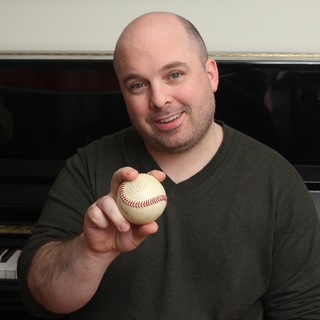 Born in Delaware in 1974, composer and conductor John B Hedges spent his youth with rock and r&b music, performing musical theater and playing baseball.  The son of a rock musician and an educator, John B began studying classical music in earnest at the University of Pennsylvania, receiving his B.A. in Music in 1994 and his M.M. from Westminster Choir College in 1997. He then completed post-graduate studies at the Curtis Institute of Music.  He spent several summers at the Aspen Music Festival studying with John Harbison and George Tsontakis and at the Britten-Pears School with Oliver Knussen and Magnus Lindberg.  From 2001-2004, John B apprenticed with composer/conductor Oliver Knussen, working with the Philadelphia, Pittsburgh and Cleveland Orchestras, the London Sinfonietta and Amsterdam’s Schoenberg and Asko Ensembles.  He also served as assistant to composer Tan Dun on the Metropolitan Opera premiere of The First Emperor.  During this time John B traveled to China and Japan, preparing performances, participating in workshops and orchestrating on the Feng Xiaogang film, The Banquet.

John B has conducted concerts at the Centre Georges Pompidou, Frankfurt Alte Oper, Academie Musicale de Villecroze and the Aldeburgh Festival and his compositions have been performed throughout North America and Europe.  His most recent compositions show a remarkable range: ‘Snikt, bub!’, a portrait of Marvel Comics’ Wolverine for piano quartet; A Shipwreck Opera in One Act in collaboration with fiction writer Aimee Bender; Exeter Riddles, a set of Anglo-Saxon choral works; On the Good Foot, a tribute to the late James Brown for large chamber ensemble; and Fantasía sobre Yma Sumac, a concerto for clarinet & orchestra inspired by the eclectic music of Peruvian songstress Yma Sumac.  The latter was premiered by clarinetist Victoria Luperi and the Fort Worth Symphony Orchestra where John B served as composer-in-residence for the 2011-2012 season.  John B also received a 2013 residency with the Richmond Symphony funded by New Music USA for performances of Prayers of Rain and Wind, a concerto written for and performed by Philly Orchestra Assistant Principal Bassist, Joseph Conyers.  In addition, John B has produced orchestral arrangements for the Minnesota Orchestra as well as the eclectic string trio Time for Three.

Recipient of a Theodore Presser Career Grant and Independence Foundation Fellowship, John B has also been awarded grants and fellowships from the Pennsylvania Council on the Arts and Meet the Composer, and multiple residencies at the artists’ community Yaddo.  He currently lives in Havertown, PA with his wife, visual artist Lynn Palewicz, and their son.