Masonry restoration of the south porch is nearing completion!

My last update showed how spalls are prepared for patching.  Here is what happens next.  Patching compound, mixed to match the color of the limestone, is packed into the cavity and mounded above the adjacent surfaces (left).  Once it has partially dried, a mason carefully carves the excess away to give a textured surface which matches the original stone (right).  This takes skill, especially when a small patch like this requires two different textures. 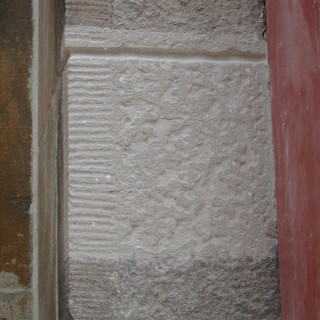 A deep cavity, like the one shown in Update #2, is filled in several stages.  The left photo shows it midway through the process ... and on the right is the wall after patching is complete. 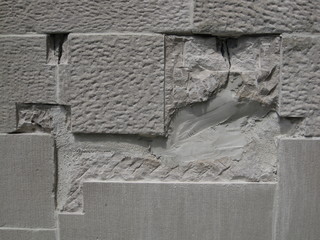 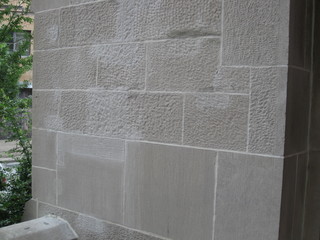 Here is what the porch looked like yesterday.  The pointing and patching are essentially complete, and most of the scaffolding has come down.  If you think something else is missing,  you're right!  The iron gate in the east doorway has been temporarily removed, as have the three pairs of gates on the south facade.  I'll explain why in my next update. You may also notice stains on the limestone in the above photo.  We plan to remove them some time in the future.   In preparation, the masons set up a cleaning test on the Memorial Garden side of the porch. The blue and orange tubes at the top of the left picture sprayed a fine mist of water at the wall for several hours.  For contrast, the same wall before the test is shown at right. Before the masons removed the scaffolding, they repainted the lettering over the front doorways -- a nice touch! 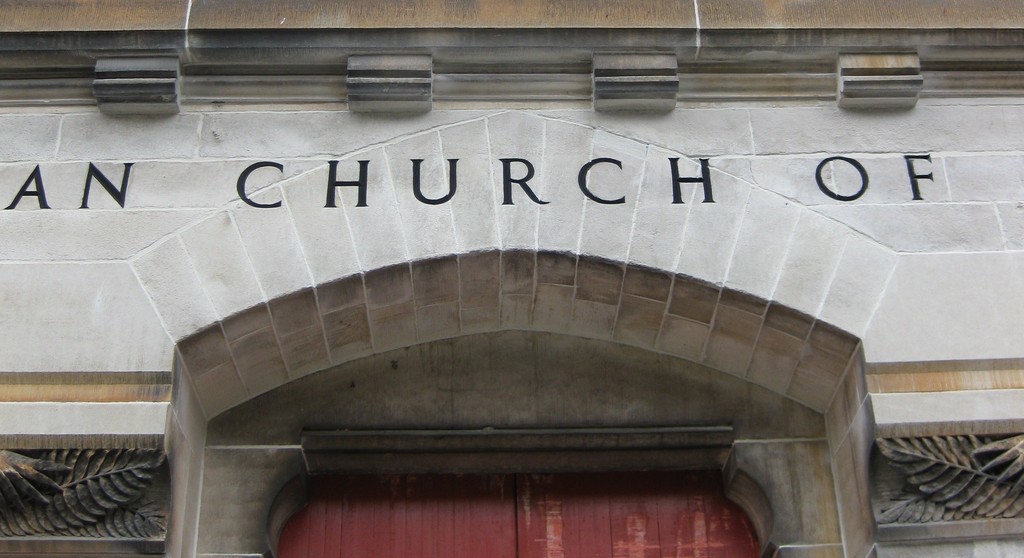 Comment by Dane Wells on July 8, 2011 at 5:09pm
Lora, you've done it again!  Thank you for your devoted attention to this project and your very clear description of the work that has been done.  Dane

Comment by Heather Mackenzie Speirs on July 8, 2011 at 2:07pm
Thanks so much for doing this blog, Lora!