Redemption and Ending Life Without Parole in PA

Thank you all who attended and helped with the events on Sunday, April 12th at First U. The service led by Rev Susan on Redemption, the banner from the lifers at Graterford, and the panelists on LWOP, pictured in the photo in front of the banner, created the opportunity to consider and reflect upon redemption and second chances.

James Hough, a lifer at Graterford sent a letter describing the creation of the banner. His words were read by Rev Susan as part of the sermon:
Every lifer in PA can not an 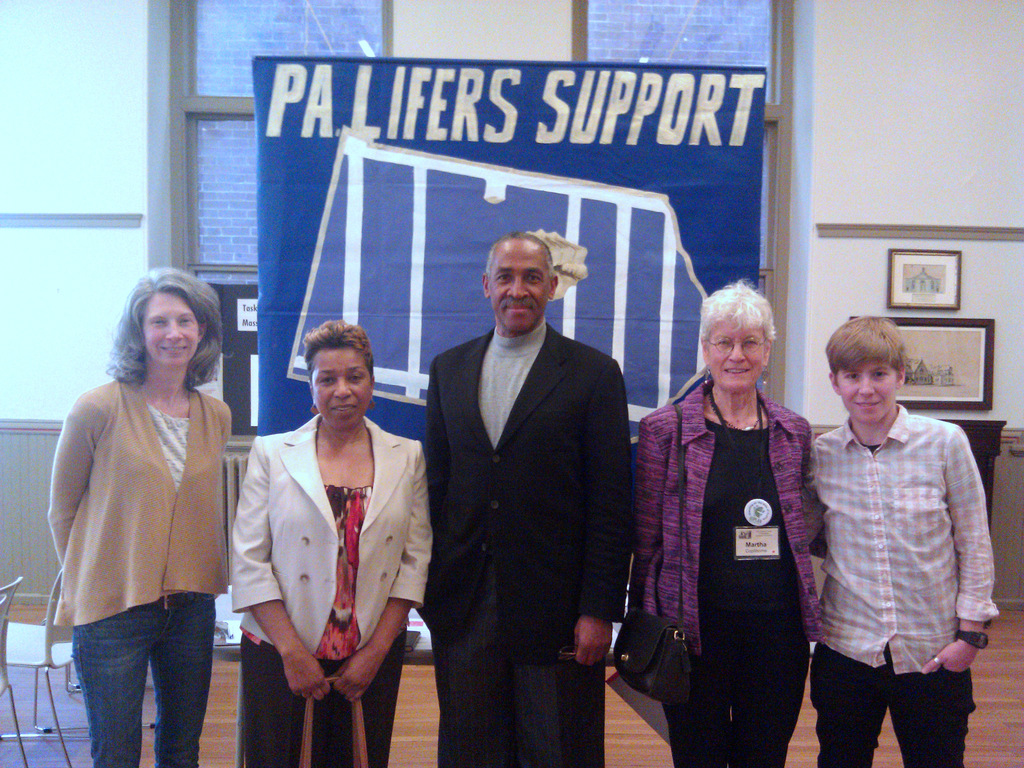 d should not be released. Some are not rehabilitated and others haven't earned the second chance. However there are many - easily over 2000, male and female, juvenile and adult lifers that have over the past 20, 30, 40, even 50 years, continuously demonstrated: